WomanRoseSong&Bone is a proposal of embodying, sculpting and tuning into fragments of interviews with inspiring women recorded during a journey through different lands In 2016 I travelled together with three other women through Israel, Croatia, Italy and Czech Republic, creating together the project Otherlands. During that travel we interviewed around 40 women. Already then I knew that some of the material we collected and did not use would keep itching my soul. The process of interviewing was actually so inspiring that I have also continued it years after until now. In fact I thought, from that moment on, to ask every inspiring woman I will meet in my life those few questions. Now, a few years later, I am in the process of returning to some of the recorded material and see how to work with it further. I am a mime player so my research is physical, including my voice. My attempt is to share those encounters with the audience, so I use the recordings and the texts. I want to share the beauty of others, the light I saw. I let people listen and add some of my physical presence as a reflection to what is being said. I create an associative poem, which plays with what is being said, but not in a descriptive way. As an underlying theme there is the question: what do I carry from my feminine ancestors? Who did shape me to the woman I am? The women I see as powerful and inspiring are often women outside of my roots and family. There is a kind of gap in this topic for me if I consider my biological circle. I surround myself with voices from the interviews to ignite the sensation of the powerful aspects of the feminine… the ability to change, transform, again and again, tune into natural cycles and the fertility of endings. It is the women’s ability to let go in order to let come, to destroy in order to create. I chose for this research and for the creation of this short proposal just a tiny bit from what we have collected. I want to see if I can find the way to work with a documentary aspect on stage and how. How can I let the audience listen and hear? How can I contribute with my presence and my creative input to this already powerful material? How can I find the way to co-exist with it within a performance setting?

Klára Alexová (*1983, Chomutov, Czech republic) is a mime performer and maker based in Amsterdam, NL With a background in dance theatre (Duncan centre, Prague) Klara has moved to Amsterdam in 2005 to study Mime school on the AHK. After her graduation in 2009, she got into a close cooperation with Noord Nederlands Toneel under the artistic leading of Ola Mafaalani and Ko van den Bosch. She worked with NNT between 2010 till 2013. As a free-lance performer, she has co-operated on different productions with makers such as Davy Pieters, The Paper Ensemble, Wild Vlees, Boukje Schweigman, Jakop Ahlbom, Sarah Vanhee, Dogtroep, Zhana Ivanova or Spitfire company. She is also developing her own work, alone and in cooperation with other artists. In Czech Republic she is an artistic leader of Obnaženi collective. They organize (since 2003) an interdisciplinary festival under the same name, hosting regularly artists from NL and abroad.

Concept, composition, performance: Klára Alexová
Thanks: Tereza, Einat, Yehudit, Fons, Harald, Julie, Indra, Iris, Hannah and all the women I met in 2016 during the journey through Izrael, Croatia, Italy, Czech republic and Netherlands collecting the material for Otherlands 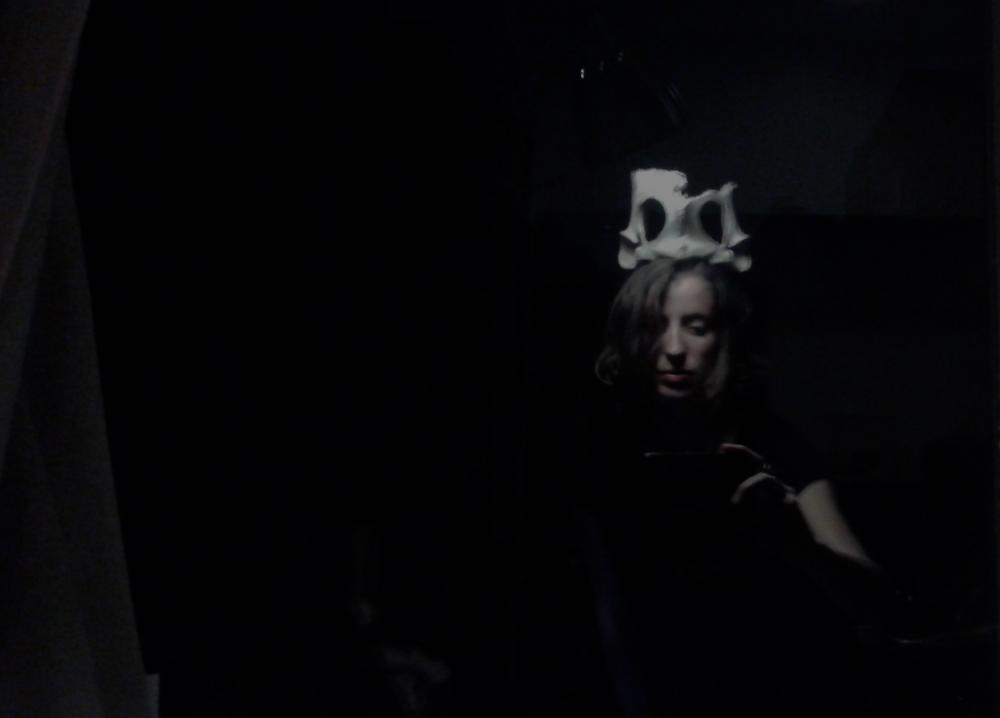