Rehearsal for a rEvolution: An inquiry into the Noord-Holland floods

Cloud Cuckoo Land is the brainchild of Leila Gray and Loveday Smith, two performer-writer-activists who are committed to developing projects that respond creatively to our everyday reality. Rehearsal for a rEvolution is our inaugural project. Cloud Cuckoo Land Productions aims to draw attention to the problems we face in a society in which our government is not taking the issue of the climate and ecological crisis seriously. What can we, as citizens, do to inform ourselves of the problems we face, connect to each other and demand action from those in power?

Leila Gray: "I’m a British-Iranian performer and writer who has been living and working in Amsterdam since 2009. Two years ago, I moved into writing and performing my own work. This has coincided with my increasing concern about the climate and ecological crisis and the lack of an adequate response to it. I joined the climate movement Extinction Rebellion and am part of their arts’ circle. We conceive and create art-actions to draw attention to the problems we face and call on the government to take action."

Rehearsal for a rEvolution presents a vision of the future if we do not act now - not only to stop the environmental damage we are currently doing but also to guard against the damage already done. It poses questions about moral responsibility and how future generations will judge our failure to act despite the knowledge we possess about the consequences of such inaction. The title of the piece, Rehearsal for a rEvolution, is a reference to Brazilian theatre practitioner Augusto Boal. Boal was an internationally-acclaimed drama theorist and political activist who used his theatre practice to engage communities in contemporary political realities. He used many techniques to make the audience active and to allow them to explore, analyse and transform the reality in which they were living. This performance is part of a longer-term community arts' project in Amsterdam Oost. The project aims to engage the community and encourage it to think about how to become resilient in the face of the climate and ecological crisis. The City of Amsterdam declared a climate emergency in 2019 but many people do not know what this really means for them. While we are all vulnerable to the effects of climate change, those of us who are on low incomes or are marginalised face greater risks, and are also less included in the conversation. The project attempts to create a space to explore how we can respond to this crisis in a way that includes everyone and allows us to acknowledge our needs. Through the use of a specially-commissioned transparent box, my collective will meet with members of the community to discuss their concerns about the climate. This will take place in different parts of Amsterdam Oost over several weeks, using visual arts and story-telling to connect with people. The project will culminate in July in a fully participatory version of the performance piece presented here, with members of the community taking part as the citizens. They will become, in Boal's term, spect-actors. Rehearsal for a rEvolution is also a reference to the idea that we need to evolve from a species where only the strongest survive to one that allows humanity, in all its forms, to flourish. This is an experimental work that intentionally blurs the borders between theatre and reality, and between the present and the future, allowing us to see today's world through a new lens. It plays with our perception of time so that people can imagine themselves into the future and become present and active in it. Perhaps, when they re-enter reality, they will bring some of that imagined future back with themselves and help to create a present that leads to a better, fairer world.

Eli Thorne
Eli is a stage, screen and voice actor from the UK. Recently he has appeared in The Pillowman with Orange Theatre Company, and will be directing the upcoming Lux.

Chris Champion
After completing the serious side of his education in 1979 with a Master of Arts in English from St. Andrews University, Scotland, Chris set off to pursue his dreams. Since then he has worked as a community theatre artist; a circus clown; a stand-up comedian; a theatre director and playwright. He has taught and performed in over 20 countries in four continents and played his award winning clown street theatre show throughout Europe.

Loveday Smith
Loveday Smith is a multi-disciplinary performer, director and writer working in film, television, theatre, voice over and performance art. Recent credits in a busy and varied career include “A fire circle for a public hearing” by Paul Maheke at the Vleeshal Gallery; “Gestures of Anatomy” by Helen Anna Flanagan (IKOB prize for feminist art); directing the stage show “The 39 Steps” at the CC Amstel Theater; playing the recurring role of Diane in the international television series “Hunter Street”; and voicing two car commercials for Alfa Romeo. In April of this year she is looking forward to working again with Paul Maheke on a new piece commissioned by The Renaissance Society in Chicago. She is also developing a new solo show with the working title “Horns for Stevie Wonder.”
lovedaysmith.com

Bente Brunia
Bente’s projects evolve around the connection we have with new media and technologies constantly manifesting around us. As a designer, she questions those technologies, challenging our perception of them. Bente studied Interaction Design in Arnhem, The Netherlands, where she graduated in 2018. During her studies she interned at Jotta Studio and Sebastian Kite, both based in London, UK. Her work has been selected for the 2018 Dutch Design Week and she was nominated for the Hendrik Valk Network Day, 2018.
bentebrunia.nl 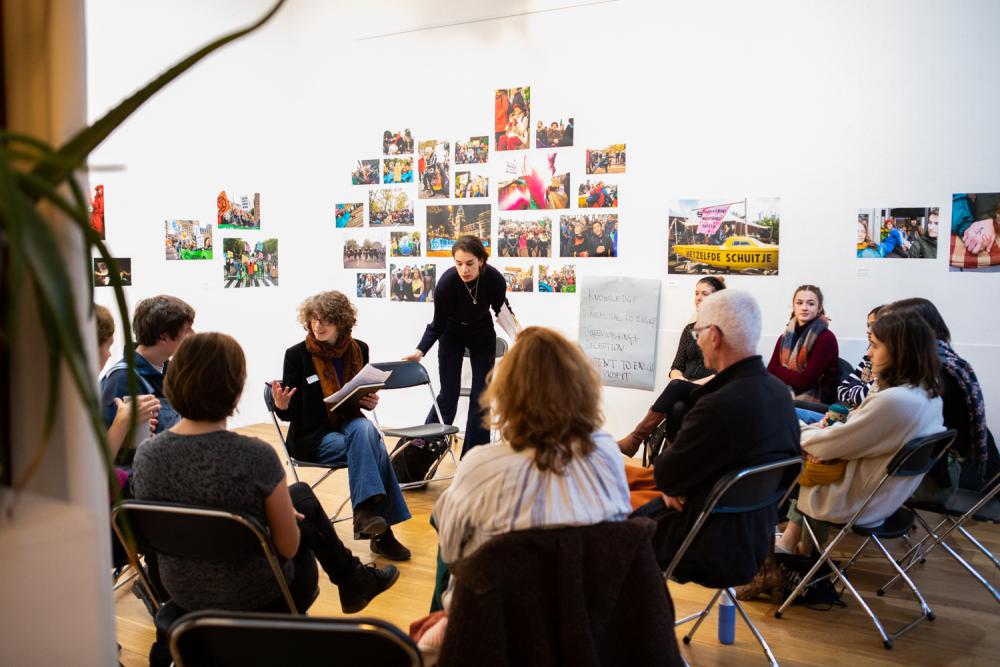 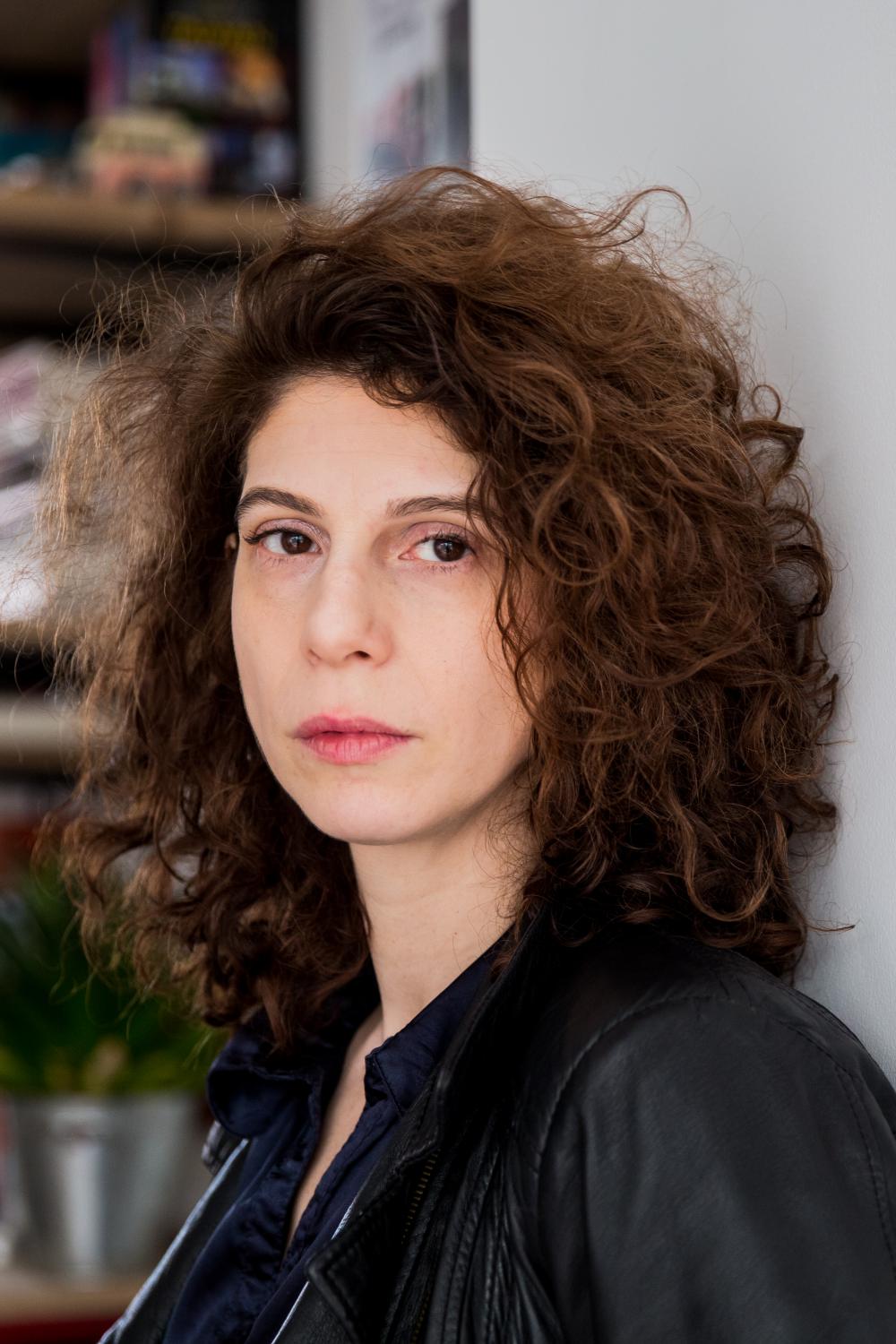