When you approach the archipelago, more and more archipelagos emerge. More-and-more hyphenated bodies associated in mutual constitution of entangled agencies; associated by intra-touch and vibrancy, operating as an interconnected circuit of memory, historicity, materiality, agency and desire. Archipielago is a multiple body, a body in battle, in diffraction and redirection. It’s about queering ecologies and perceptions of body and space through sound. This piece is part of an ongoing research, that investigates in the format of a sound performance, the forms of coexistence between human and more-than-human bodies. Carried-out with the aim to subvert anthropocentric and colonial views of the world, Archipielago is a practice that works as a constellation of sonorous events interlacing and agglomerating around listening and movement, according with the image of an ocean of sound after the Catastrophe. With remote audio contributions by/with artist/friends/kin from Chile, Dominican Republic and Mexico, in a mix of off-site and in-situ sound performance. Archipielago, is an experimental practice based on a combination of electronic sounds, objects and voice practice, that seeks to create a sonic choreography to reimagine a world to come. The sound setup was built from scratch using DIY technologies that create a hybrid environment to intertwine layers of perception between the visual and the auditory. The aim of Archipelago is to engage the audience with different modalities of listening, expanding the capacities of sensing, perceiving and imagining new becomings, and to trigger questions about re-existence, resistance and togetherness.

Paula Montecinos is a Chilean dancemaker, working at the intersections of choreography and sound art. In her artistic practice she investigates the forms of relation between corporal perception and dynamic environments, in an attempt to constantly reconfigure performer-spectatorship status through performances, sound installations and guided experiences. Her choreographic work is interested in the political and affective power of perception, listening and sound, as modes of reexistance and coexistence between human and more-than-human-bodies. 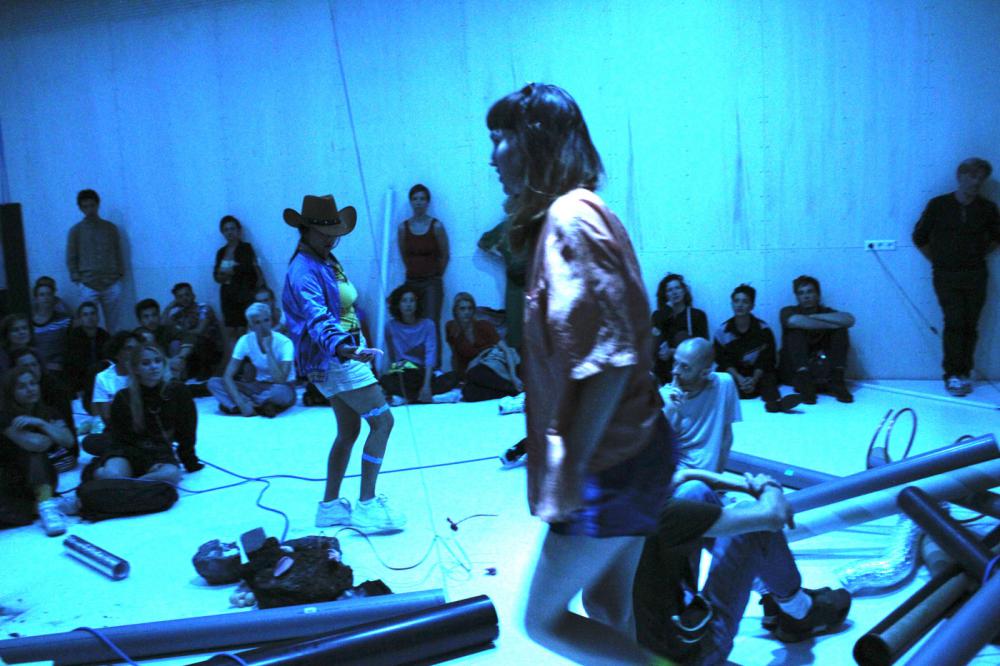